Top Places to Visit in December 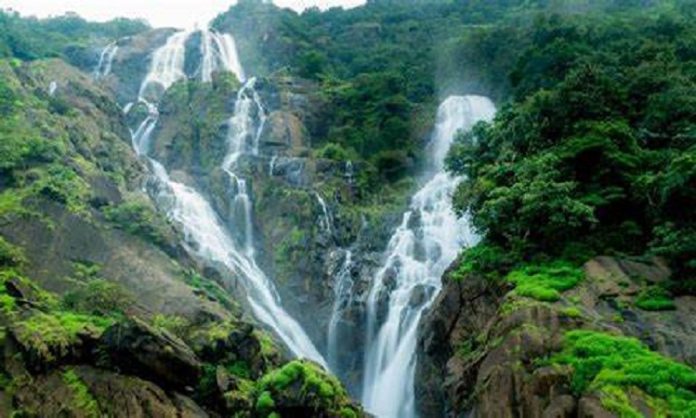 The winters in India are quite a favourable season for tourists to go on exploring different parts of the country. The tourism industry has a tremendous hike especially in the winters, due to the enormous number of tourists visiting different places. December being the ideal winter month to go on trips, this article gives a brief introduction to some of the best places one can visit especially during the month of December.

Also known as the party capital of the country, the smallest state of the country is one of the most sought after tourist destinations as well. Best known for its white sand beaches, active nightlife, various places of worship and various world heritage sites, Goa is visited by domestic as well as international tourists in large numbers every year. Main attractions for tourists are the coastal areas which offer ample opportunities for various water sports, historic sites like the Bom Jesus Basilica and churches and convents of old Goa, and glimpses of the influence of Portuguese culture across different parts of the state. The state is also considered to have a fusion of eastern and western cultures, with the dominance of Portuguese culture. It also has a rich variety of rare and exotic flora and fauna, owing to the fact that it is close to the Western Ghats, one of the most important biodiversity hotspots in the country.

Included in the Golden Triangle Tourist Circuit along with Delhi and Agra, Jaipur is a historical city and the capital of Rajasthan. Jaipur is among the most visited places in the country by tourists, and is also one of the earliest planned modern cities in India. Popular places of interest in the city include the City Palace, Amer fort, Jaigarh fort, Hawa Mahal, Jal Mahal, Nahargarh fort, Birla mandir, Jantar Mantar etc. to name a few. Known for their historical significance and architectural marvels, they contribute significantly to the tourism industry of the state. Apart from all these places, Jaipur is also known for the amalgamation of different forms of art and culture. Located at a distance of about 268 kms from the national capital, the city also acts as a gateway to other historical cities in Rajasthan like Udaipur, Pushkar, Chittorgarh, Jodhpur, Jaisalmer and Bikaner.

Located in the Idukki district of Kerala, Munnar is a small town and hill station in the Western Ghats at an altitude of about 1,600 metres. It is best known for its picturesque views of the lush green valleys and mountains of the Western Ghats. The region is also known for the rare and endemic flora and fauna in the nearby protected areas, like the Eravikulam National Park and the Anamudi Shola National Park towards north, the Chinnar Wildlife Sanctuary, Manjampatti Valley and the Amravati Reserve Forest of the Indira Gandhi Wildlife Sanctuary to the north east, the Kurinjimala Sanctuary towards east, and the Pampadum Shola National Park to the south. Also called the ‘Kashmir of South India’, Munnar is among the most sought after tourist destinations in Kerala and contributes significantly to the tourism industry of the state.

A hill station located in the northern part of the Kullu valley at an elevation of about 2,050 metres in the Pir Panjal Ranges of the Himalayas, Manali is one of the most popular tourist destinations in the state. Lying at a distance of about 270 kms from the state capital Shimla, Manali lies on an ancient trade route through Lahaul and Ladakh, passing through the Karakoram Pass and leading to Yarkand and Hotan in the Tarim Basin of China. Best known for its breathtaking views of the snow covered mountains along with the lush green Kullu valley, Manali is visited mostly by nature lovers, along with trekkers and mountaineers. The town also serves as a gateway to the Lahaul and Spiti district, and to Ladakh as well.

Lying at an elevation of about 1,650 metres in the eastern Himalayan range, Gangtok is the capital and the largest state of Sikkim. The city is best known for its historical significance in the ancient trade routes connecting Tibet and Calcutta, the evident influence of Buddhist culture, and the breathtaking scenic beauty of the mountains and snow covered valleys. Gangtok also happens to be the centre of the tourism industry in Sikkim, and a large number of tourists from all over the world visit the city every year. Popular tourist attractions in the city include the Raj Bhavan (the Governor’s residence), Mahatma Gandhi Marg and Lal Market, and several high mountain passes along with stunning views of the snow covered mountains, including the Kanchenjunga. The mountains offer ample opportunities for trekking and mountaineering, and other adventure sports like river rafting along the streams. The city also has a growing cottage industry which specialises in watch making, country made alcohol and other handicrafts.